The following was written in situ, during the event or shortly after. In some cases (specifically, parts of the final chapter), there was enough time between the event and my recollection of it that I stray into rambling territory. (My apologies.) All changes are grammatical or completions where I used shorthand. All conversations and observations are made from memory and perception. These are the events of two days in winter, as I lived them.

The openers arrive and start setting up. Upstairs, the headliners go through various stages of waiting for the show to start. I sit in the corner. There’s not much to say now. After a brief raucous at the hands of the ever-cheerful Dave (Timnick), a calmness settles on the room. Were I more acquainted with it, I might have said this is the sound of professional musicians. As I’m not, I can only presume so. It continues into the opening set, then the following act.

Dave, as implied previously, appears to be the only one revelling in the freedom afforded visiting artists, taking in the complimentary libations and starting the night’s running joke when we hear the band who’ll be performing on the larger stage preparing. The noise is not to my liking, but Dave’s distaste exceeds the borders of hatred of the genre being played. He insists on investigating. When he returns, he describes a band with whom I’m not familiar—nor particularly care to discover—comprising two people, one a drummer-slash-singer and the other manning a “brown keyboard”. (That may sound like Dresden Dolls in this description, only.) The drummer, to Dave’s anger and dismay, insists that the sound of the bass drum be fixed, for it is too loud and “violent”. That violence is a foundational part of the sound crafted by metal practitioners, as Dave points out, suggests clearly enough why no one’s interest here will extend beyond mere curiosity. But this incident, not to mention their music, is enough to serve as the focus of future mockeries.

Halfway through the night, I make a meagre sandwich from the assortment of food put out for the band (and, unintentionally, one fortunate guest) and start talking to Joe (Lester) about his bass guitar. From 1999 to 2013, Joe had used a Pedulla, before switching to a Zon that was custom-made for him. He is happy with it, both because he can finally use the pickups supplied by EMG without having to disfigure his Pedulla, and feels it produces a more satisfying low end. In the end, it seems to be a win-win for both Joe and Zon, whose stable of talented endorsees continues to grow along with the inherent goodwill towards the tiny Buffalonian company.

Eventually, the conversation peters down as the final band in which I have no interest (to be frank) breakdowns toward the end of its set. I wish good luck to those who haven’t yet headed down, and try to remember the way to the basement with the original path now blocked to prevent attendees from heading into the bands’ rooms.

The new route is frustratingly inefficient. After meandering down stairs, you’re forced to exit the building and re-enter farther down its side, and then meander down a further set of stairs; a bouncer controls entry at both doors, one keeping fans out of the now artist-only entrance, and the other supposedly checking tickets. I say “supposedly” because none checks mine, the only indication that they care being my verbal altercation with the disinterested bouncer controlling the artist entrance when I mistakenly show him my ticket and he concludes that, as someone with the temerity to pay for this concert, I must not be authorized to use this entrance. Thankfully, my tenacity trumps his evident fatigue, but successfully negotiating my way back in doesn’t leave me with anything more than consciousness of my own idiocy. Had I not been too proud to allow the perception that I was attending for free, I would not have felt the compulsion to show my ticket to someone who didn’t request it and who, furthermore, found himself embroiled in a needless argument with Your Right Honourable Nincompoop. When I next see him, I apologise for the fuss I caused, he explains why he started it—and further why he’s obliged to stop ne’erdowells without a pass—it’s all cordially sorted, but only cordially. At some point, I’m supposed to grow out of this inability to handle mundane human interaction. I’m also supposed to stop derailing narratives with my obsessions over irrelevant encounters with incidental characters. Today is not that day.

A mass of sweaty teens hang around the basement’s entrance. Donning overly-thin T-shirts, they cool off away from the heated, humid stage, and from the overwhelming lack of adults in the crowd, I’m only guessing that they must be here either for the previous bands, which were themselves composed of teenagers (or close to it), or Scale the Summit, with whose fanbase I’m unfamiliar. Failing these two possibilities, this will be the first time I’ve seen an Intronaut show devoid of an audience that traditionally comprises an overabundance of facial hair.

After positioning myself in front of the stage, I notice the audience steadily go through an age transfusion. (Turns out my first hypothesis was correct.) As the members of Scale the Summit start to trickle in with their instruments, boys are replaced by men… and the occasional woman. Drummer Pat Skeffington hits every drum with a monotone rhythm; the monitor beside me blows a gust of air with every beat, most forcefully when he reaches the bass drum. Everything goes smoothly enough until Mark Michell, the bassist, reports that he can’t get any sound out of his bass, and Brett has to push through the waiting horde to investigate. Is it a cable or amp issue? All we can do is wait.

Eventually, the problem is identified and fixed, and the band is allowed to briefly finish setting up. And after a curt introduction, the show begins. 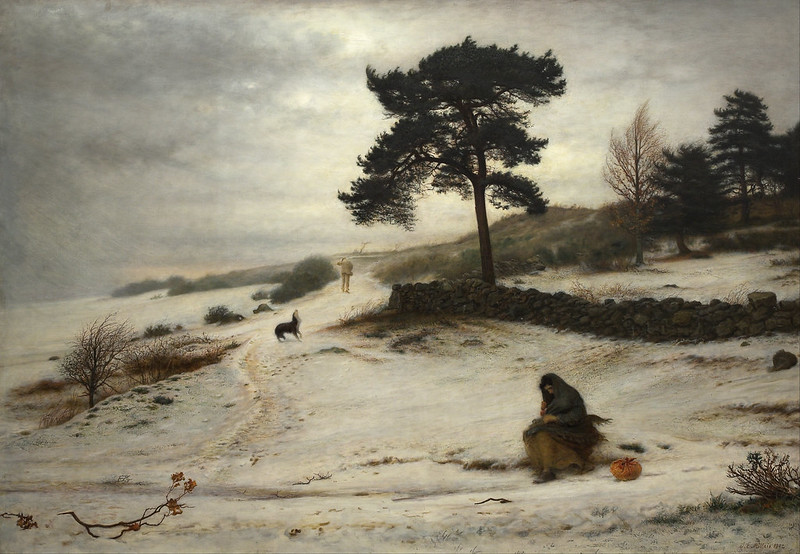 Next time: this isn’t a review, it’s a narcissistic journey, so we decide to skip the show and discuss what I see, say, and what methods I use to next embarrass myself.

I’ve fallen out of the habit of writing personal logs online, but when I found out about the death of Robin Williams, my grief forced me to write something about it. What you can read in the link above is what I wrote right after I found... Continue →